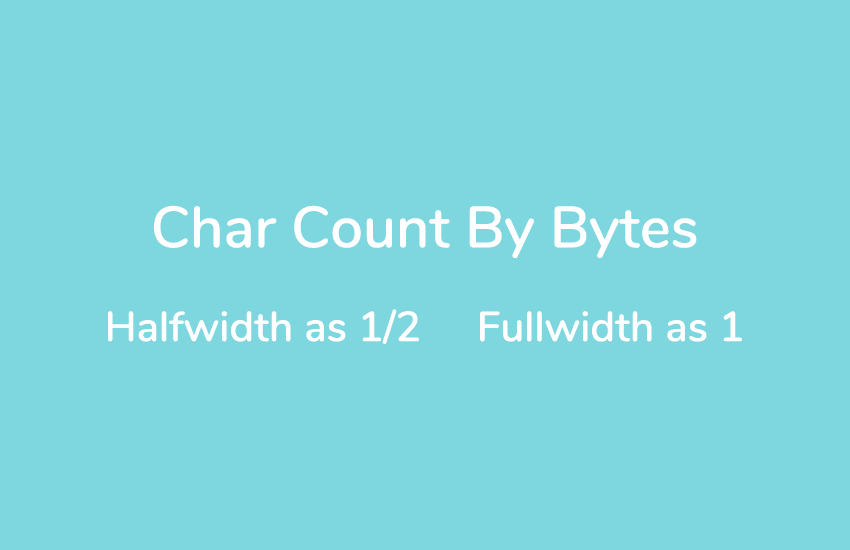 Validating user input by string length is the most common way to restrict a length of text data. However, the problem is that although a fullwidth character takes up twice as space as halfwidth, all counts as 1. If you want to display user input text based on how much space it takes up, the solution would be counting characters by bytes.

How to tell fullwidth from halfwidth characters

Hope you enjoyed the article. If you have any question or opinion to share, feel free to write some comments.